Working to strengthen democracy through a more just news media

The Haas, Jr. Fund’s Raúl Macías recently sat down with González to reflect on the midterms and learn about Free Press’ work to combat mis- and disinformation.

At the Haas, Jr. Fund, we are working to strengthen our democracy by increasing voter turnout, creating pathways for diverse leaders, and reducing systemic barriers to voting. Since joining the Fund two years ago, I have been talking to other funders, grantees, and democracy experts about ways to address these priorities. A common threat to our democracy that our partners identify is the proliferation of mis- and disinformation combined with the lack of access to trusted local media, and how this is leading to distrust in our political institutions, polarization, radicalization, and even violence. We are early in our work and the development of our strategy in this area, but we’re very fortunate and grateful to have experts in California, like Jessica González, co-CEO of Free Press, to help us understand the challenges we face. 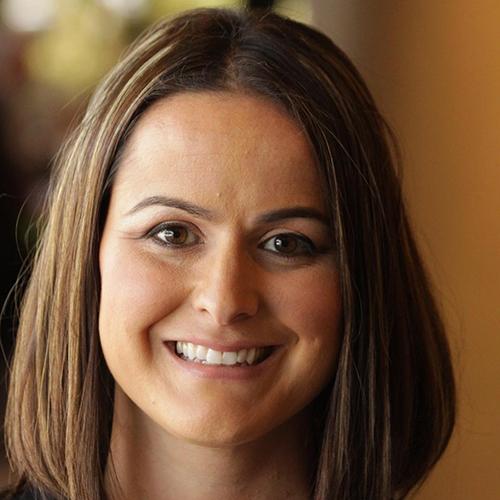 I sat down with Jessica, a new Fund grantee who has been fighting for a more just media environment and combatting the spread of mis- and disinformation through her work as an advocate and an attorney. We talked about the recent midterm elections and the work she’s doing in California to prevent misinformation and fake news from distorting our electoral process.

Q: Tell us about Free Press and its work.

González: Free Press is a nonprofit, nonpartisan organization, and we’re aiming to reshape the media system, so that it can actually support a multiracial democracy. We go to policymakers and say, “This is what a just media system looks like, and here is how to make it happen.” And then we work on federal policy and state policy, including in California. We also mount public pressure campaigns on media companies to change conditions in the media. Because we believe if you change the media, you change the world.

Q: How did you get involved in this work?

González: The idea that we can make systemic changes by passing rules and regulations that advance civil rights in the media is incredibly exciting to me.

I grew up wanting to be a journalist. I was a nerdy Mexican girl with my little composition book underneath my arm at all times. At that time, we did not see a lot of positive portrayals of Latinx people in the media. This was in the 1990s after Proposition 187 was passed by California voters. The amount of anti-Mexican hate on the schoolyard was immense. And so I saw firsthand how hate speech in the media, together with misrepresentation or underrepresentation of my community, impacted not just public policy, but also the health and well-being of a whole generation of Mexican American kids.

Disinformation is generally used to refer to deliberate (often orchestrated) attempts to confuse or manipulate people through delivering dishonest information to them.

Misinformation is generally used to refer to false or misleading information created or disseminated without manipulative or malicious intent.

Q: How do you think mis- and disinformation impacted the 2022 elections?

González: In 2022 we saw more community resiliency to election disinformation than in 2020, thanks in large part to massive education efforts to name the problem of disinformation and explain what it looks like. According to a Knight Foundation/Ipsos poll, over three quarters of Americans now understand that online election disinformation is a problem. To their credit, mainstream media actually did a pretty decent job of covering this phenomenon. And groups like ours have been working the refs of social media to get them to flag and label misinformation. We also get them to change their algorithms so instead of accelerating lies—which is in their financial interest, because engagement is how they make money—they are actually decelerating them.

But obviously we have to continue to work on this. The truth is, the vast majority of disinformation is spread by a pretty small subset of people. It’s a very coordinated, strategic international web that is spreading massive amounts of disinformation. And so it’s not that hard to target. Some of these folks who are habitually breaking the social media platforms’ rules should just be banned because their whole purpose is to sow chaos and lies and hate. It’s garbage. And the field has successfully gotten a lot of those networks removed. We’ve named and shamed very well. Getting these bad actors off these platforms is not about left or right. It’s about right or wrong.

Q: How did you see disinformation play out in non-English speaking communities in this election?

González: We continued to see targeted efforts against Spanish speakers and other non-English speakers online and on the radio especially in swing states and swing districts. We’ve been calling attention to the issue that social media platforms do not have the same protections in place for non-English speakers as they do for English speakers. One of the main requests of our Fix the Feed campaign is for these companies to moderate content across languages.

Q: How is mis- and disinformation threatening our democracy?

González: Part of the intent of disinformation is to suppress the vote and undermine democracy. We saw a unique targeting of Black and Latinx voters in 2020. The Big Lie was created to make people think their vote doesn’t matter. And it also does something else: it can inspire people to violence like we saw on January 6th, and it’s leading to harassment of election workers and election officials.

I am encouraged by the fact that election deniers lost in so many races in 2022. That tells me that we’re building some resiliency into the system. But the midterms are a totally different game than a general presidential election. So I think 2022 was a test run. We did OK, but we have a lot more resilience to build.

Q: Tell us more about the Fix the Feed campaign.

González: We launched the campaign in April with about six dozen organizations from around the U.S. led by women and people of color who have put forth a set of best practices for content moderation. And we’re trying to persuade social media companies to adopt them. One of our three main asks is to not promote racist and inaccurate content. Just don’t have your algorithms boost that stuff.

The second is to enforce their rules equally across languages, regions, and users. There are often exceptions made for the most powerful people in our society, and we’re saying they should have to play by the same rules as the rest of us.

The third request is to show us the receipts. These companies are notoriously lacking in transparency. So we worked with researchers to come up with a list of requests around researcher access to company data. And we met with TikTok, Meta, YouTube, and Twitter and they all agreed to some extent to adopt the proposals we put forth.

We did an evaluation of that effort called Empty Promises. It showed that across the board the tech companies had not done enough. And that’s what happens when there’s no activism and no public pressure. Because as hard as we are pushing, these companies are getting pushed equally hard by white supremacist groups to allow unmitigated disinformation and racism to flow over their systems, and the result is hate and harassment campaigns targeting people of color, and women of color in particular.

And the purpose is really clear. It’s to shut us up. It’s just to shout down our First Amendment rights to speak. These issues are so often framed as free speech versus censorship. And it’s not that simple. This is about creating a media system where the people most impacted by discrimination and oppression have an equal ability to speak and be heard.

Q: Tell us about what you are doing on these issues here in our home state of California?

González: One thing I’m proud of that we worked on this year was an effort to increase access to local journalism. Part of the reason why misinformation is flourishing is that we’ve lost over 50% of local journalists across the country in the past 15 years or so. And into that void comes all this other bad information and information you can’t necessarily vet.

We supported an effort that resulted in increased investments by the state of California in local journalism, including ethnic media. Thanks to that effort, UC Berkeley is now in charge of allocating $25 million to local journalism projects across the state.

I’m excited about that, and we’re going to keep working on this in California, because we should be setting examples. Pockets of our state are really underserved and don’t have enough local news and information, places like the Central Valley or the Imperial Valley. We need to increase robust journalism in those places.

Q: What advice do you have for funders about supporting this field of work?

González: If we are going to get to a media system that holds authoritarians accountable, we need to stand up something more robust that helps build people’s resilience. And that means investing in local journalism.

Another priority is data privacy. We’ve always had racialized disinformation. What’s new about today is the way it’s targeted at people based on the demographic and behavioral data the tech companies are collecting about us. We need to invest in public education about the problem and possible solutions.

We’re also working with a lot of partners to put pressure on media corporations in meaningful ways. I know it feels like a game of whack-a-mole, but these companies only respond to pressure, and to bad press. And so groups that are standing up public pressure campaigns that break through the noise are really important and need support.

Build a fair and inclusive democracy in which all Californians have equal opportunities for participation and representation.

Philanthropy, Let’s Work Together to Reduce Barriers to Voting

Urgent action is needed to ensure that all voters, and especially those who continue to face real barriers to voting, are able to exercise this fundamental democratic right.

A Call for Cross-Racial Solidarity

Philanthropy has a role to play in helping people and communities come together, identify shared challenges and opportunities, and work for change.

“Everything is at Stake”

Across California, nonprofit and community leaders are working 24-7 to make sure there’s a power surge in communities of color this year and into the future.