Our conversations lift up important insights into what Black-led organizations driving the racial justice movement need right now to thrive for the long haul—and the critical role philanthropy can play.

By
Robert Joseph
Vice President of Programs
Share This

Over two years ago, on May 25, 2020, George Floyd was murdered by a police officer on a street outside a grocery store in Minneapolis. The event sparked national outrage on issues of race—and forced philanthropy to confront how it could support Black leaders and organizations working to end systemic racism. While there was an uptick in philanthropic attention and funding these last two years, the horrific attack on Black people in Buffalo just days ago makes it abundantly clear that we are nowhere near any kind of lasting change. Anti-Blackness and racism are deep-rooted in our society, and philanthropy has a major role to play if we are to succeed in building a sustained movement for racial justice.

What will it take for our sector to be a true and lasting partner for Black-led organizations and alliances that are working to transform our society and end systemic racism?

It’s a question the Evelyn and Walter Haas, Jr. Fund and other funders have been exploring as partners in the California Black Freedom Fund (CBFF), a collaborative, five-year initiative we helped launch in 2020 to support Black power-building in California. And it’s a question I recently posed to two leaders whose organizations are receiving support from CBFF to advance their work.

Our conversations lifted up important insights into what Black-led organizations driving the racial justice movement need right now to thrive for the long haul—and the critical role philanthropy can play. 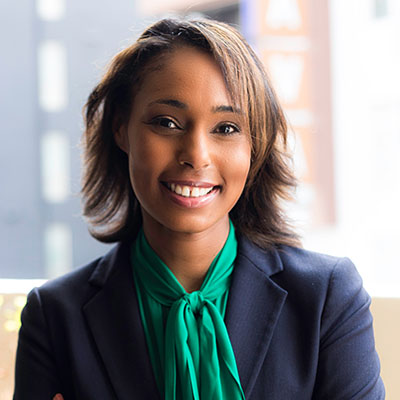 Kaci Patterson told me it’s not a mystery why Black-led organizations historically have been under-resourced by philanthropy. “Structural underfunding of these groups comes from the same place as structural racism,” said Kaci, who is the founder and chief architect of the Black Equity Collective. “There’s been a false expectation for Black leaders to get by on scant funding and tight budgets.”

In a sense, she said Black-led, community-based organizations have been victims of their own success. “For so long we have been making miracles happen from nothing, and people believe they can fund us to work and work and work without really investing in us or our organizations for the long haul.”

With the Black Equity Collective, Kaci and her team want to transform philanthropy’s understanding of how to help Black-led organizations and Black communities thrive. Launched in January 2021, the Black Equity Collective unites funders and Black community leaders with the goal of investing in the long-term health and sustainability of Black-led social justice organizations in Southern California. The collective provides grants to community-based groups alongside training, technical assistance, coaching and other supports.

Kaci said she is encouraged by philanthropy’s response to the murders of George Floyd, Breonna Taylor and other Black Americans. “The most profound change I’ve seen is that funders are now able to talk openly about structural and systemic racism and white supremacy,” she said. Kaci also pointed to the California Black Freedom Fund as an example of funders making a “true commitment” to investing in Black communities.

At the same time, Kaci wonders if philanthropy has the “stamina” to stay invested in this work for years to come. She compared the mindset of many funders toward supporting racial justice to the swells of funding for communities hit by natural disasters. “Funders have a tendency to provide flash funding where they sweep into an issue or a community and then move onto other things after a few months,” she said.

Rather than short-term attention and episodic funding, Kaci said Black communities and Black-led organizations need what she referred to as “generational support.” “It’s time for philanthropy to recognize that the current crisis is a consequence of decades of underinvestment and racism, and it’s not going to turn around overnight,” she said. She called on funders to commit to providing long-term funding that supports Black organizations to develop the staffing, technology and core capacities that will help them deliver on the promise of Black freedom.

“We have never lived in a country where Black people are truly equal. We have never had a philanthropic sector that was truly committed to Black equity,” she said. “We are building something that has never been built before, and that takes time. And it takes stamina, too.” 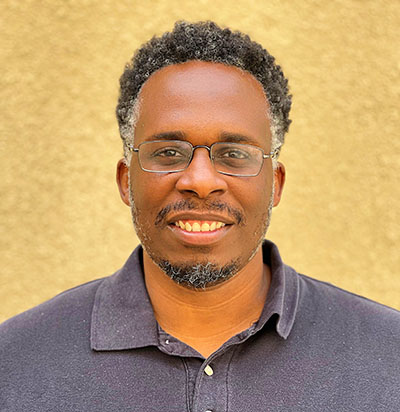 The Haas, Jr. Fund is a longstanding partner with California Calls, a statewide alliance of grassroots groups working to mobilize voters in communities of color and other underrepresented communities. Through the California Black Census and Redistricting Hub and other initiatives, California Calls has been an important advocate for policy changes that benefit Black communities around the state.

Earlier this year with seed funding from CBFF, California Calls created the California Black Power Network to further the goal of building civic power in Black communities and advancing racial justice via policy change. The network’s executive director, James Woodson, told me it is intended to fill an important gap in the statewide movement for racial justice by strengthening grassroots, Black-led groups and supporting them to form new cross-racial alliances.

“At California Calls, we have been working with grassroots groups for many years to support year-round voter outreach and other organizing,” James said. “Through all of that work, we’ve seen a real need to make sure Black voices are heard in debates on the critical issues facing California today. And the way to do that is to organize Black communities more intentionally while building new bridges between Black communities and other communities of color so we can create strong movements around goals we all share.”

James said the greatest obstacle in this work is that community-based, Black-led nonprofits have been severely underfunded and ignored by philanthropy for years. “The biggest challenge is the need to create lasting capacity to do this work year in and year out. It seems like we are always fighting an uphill battle to attract flexible resources based on trust. Many grassroots groups still don’t have the staffing and basic infrastructure to really jump into these issue campaigns and have a real impact,” he said.

Communities of color are also struggling to recover from the health and economic impacts of Covid-19 and the increasing backlash—fueled by disinformation, lies and hate—against the work of advancing racial justice. “There is all this talk right now about moving on from Covid-19, but Black communities were hit especially hard by the pandemic and we are still feeling the effects,” James said. “And the backlash that followed the racial reckoning of 2020 across the country also has taken a huge toll. There’s a real need for philanthropy to move beyond traditional support for programs and training, and to provide increased support for advocacy necessary to achieve real systemic change.”

James concludes, “With the California Black Power Network, we want to help groups overcome the scarcity they’ve faced for too long and develop capacities that will allow them to have a powerful voice on issues going forward.”

Kaci and James and their organizations are doing powerful work to drive much-needed resources and attention to Black power-building—and they are not alone. Across the country, Black leaders at all levels are exploring new ways to support their communities to have a voice and tackle systemic barriers to justice.

This is an opportune moment to consider how philanthropy can better support this vital work. We know that we are just at the tip of the iceberg and much more needs to be done. By investing deeply, flexibly and boldly in Black-led organizations and movements, we believe philanthropy can play a crucial role in making racial justice real—in California and nationwide.

Email Marc Philpart (Executive Director, CBFF) for more on the California Black Freedom Fund and how your foundation can get involved.

Build a fair and inclusive democracy in which all Californians have equal opportunities for participation and representation.

Philanthropy, Let’s Work Together to Reduce Barriers to Voting

Urgent action is needed to ensure that all voters, and especially those who continue to face real barriers to voting, are able to exercise this fundamental democratic right.

Co-created with Black leaders, first-of-its-kind effort seeks to ensure that grassroots, Black-led groups have the resources they need to eradicate systemic and institutional racism.

A Call for Cross-Racial Solidarity

Philanthropy has a role to play in helping people and communities come together, identify shared challenges and opportunities, and work for change.

The Power of Community Leadership

After working in party politics at the national and state levels, James Woodson decided the real route to change lies in communities closer to the ground. “Building up grassroots leaders is how you build power, and that’s not really what political parties are made to do,” he said.